Communique from some bloke in Northern Ireland

Contrary to rumour, our Irish contingent, TT, has not in fact been held hostage pending a ransom. Were that the case, it is hoped that someone, somewhere, would come up with the 25p and a chewing gum needed to release him.

No, TT is still active on the Emerald Isle. Unfortunately his gloriously be-canopied site proved to be less productive than a very unproductive thing, with zero birds caught from his last 5 outings. Evidently the Ringing God, Sagi (it's Latin; Google it. See what I did there, huh? Yeah...), had decided that this was not the right site to conduct ringing operations so TT is currently searching for pastures new. Except that he won't be using pastures as that would be foolish. Phone numbers have been collected and ringing threatens to break-out any day now.

Fortunately for TT, who, for some obscure reason, continues to write in the third person, there has been the occasional outing to tide him over. A couple of birds were caught in the garden of a colleague, hereafter known as Hesford, for 'tis his name. With Hesford gaining his restricted C permit for his PhD study of mumblemumble willow farms, they have taken to ringing at one of his study sites where the catch is, while not huge, appreciable. 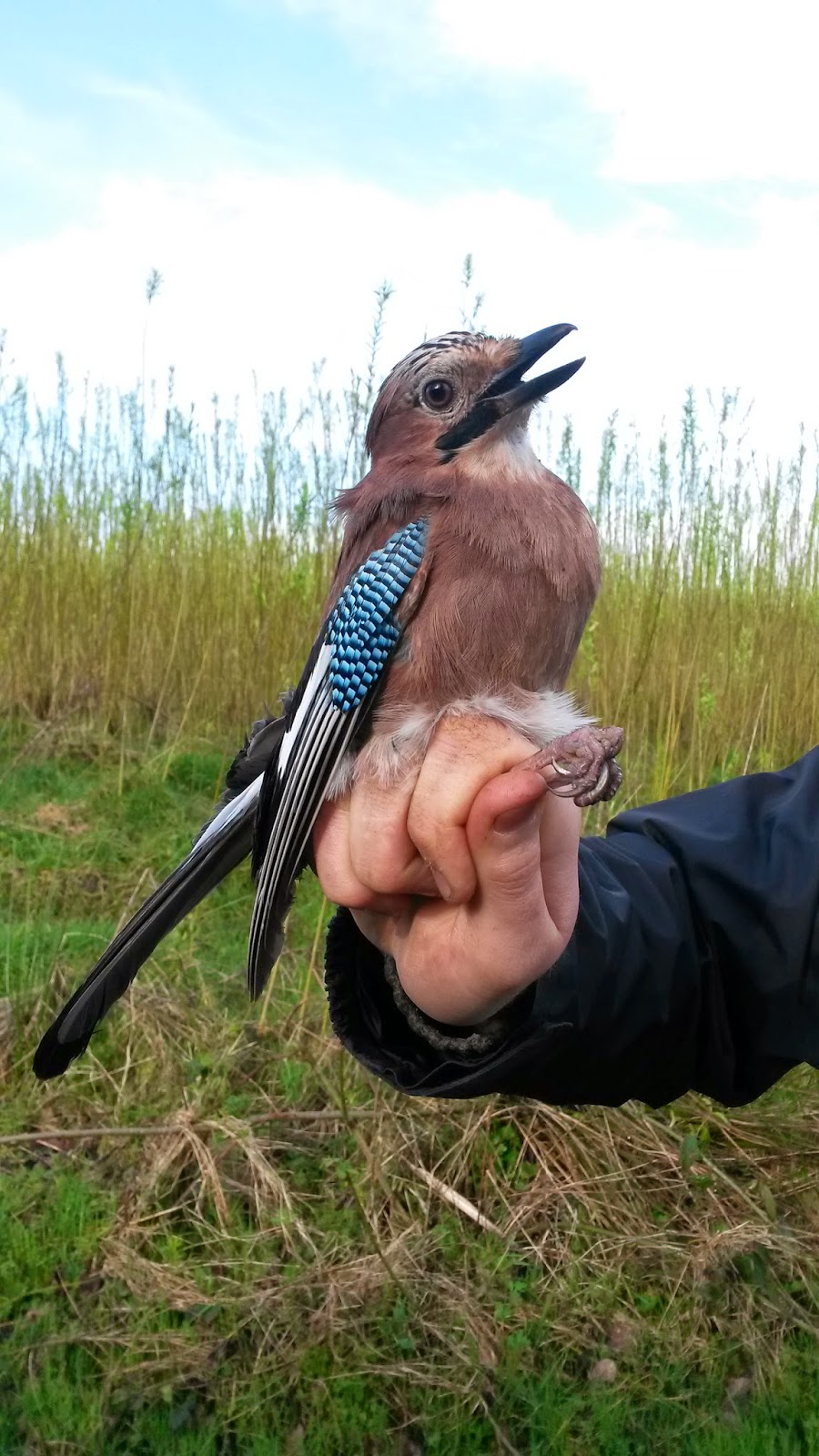 On our first outing, they... oh screw this, I'm confusing myself. On our first outing we caught several bullfinch and this glorious jay which, due to a lack of appropriate rings in Hesford's kit, is now swanning - or should that be jaying? - around sporting that most sought-after piece of avian bling, a Cardiff Ringing Group ring sequence. It's only a matter of time before the other jays see it and start throwing themselves into our nets in order to get their own.

We've been out again since and should be going out this week, if the weather holds up. It's a big site to there's plenty of scope for experimentation. Then, hopefully, I'll be closer to having a new permanent site or two and I can introduce more birds to the splendour of CRG rings.