The Gods of Ringing were really spoiling us with five blackbirds inducted into our new project yesterday morning; 16 and counting!

Posted by Cardiff Bird Ringers at Friday, May 25, 2012 No comments:

Yesterday, Cardiff Bay proved to a be a productive little site with the details of 39 birds safely in CJ's notebook. The catch was dominated by reed and sedge warblers; always a pleasure to see these chaps. As the forecast was a little wrong, the 80 or so swifts knocking around the bay were flying low so TT and Facey wasted a good amount of time trying to flick them... Plenty of fresh air was caught. We did have a nice surprise with our bird of the day going to this fellow:
﻿


Earlier in the week we had a vist from Iolo Williams and his crew who came to film us catching Blackbirds for his new series. We managed to catch one (our project 10th...) out of the half dozen or so of the little turdus that were present. But it was nice to get a Jay, Mistle Thrush and a brace of Treecreeper. Signed pictures of the Cardiff Ringers are available on request, and action figures will be available next year. (except that the Facey figure will in fact be inaction). 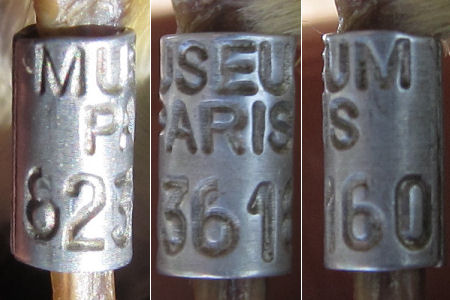 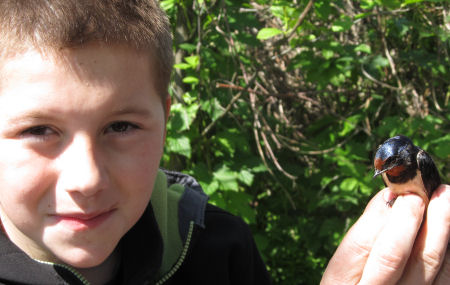 CJ was very pleased to meet up with a couple of these little chaps during the week, as they are rare to non-existent in his recently vacated part of the world... 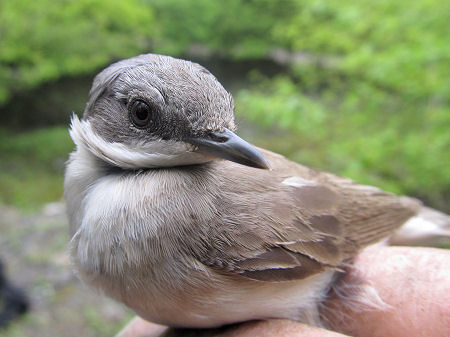 Star exhibit amongst a good haul of acros at CWR on Sunday was this chap, bearing a chunky ring engraved: 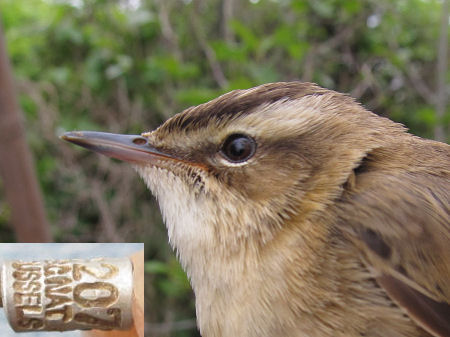 No ringing again this morning, too windy, maybe tomorrow will be better.  Meantime CJ and Mrs. CJ are back from a week on Lanzarote, where CJ was allowed out for a morning birding by himself, and managed to secure a few piccies...

Some time ago I told you about the ducks that had hatched in the quad of my new office. Over the last six weeks they have grown and yesterday morning a well-oiled military machine of a duck round up saw them induckted in to the BTO ringing scheme; nine ducklings caught and ringed in under half hour. Not bad compared to last year’s attempt of four ducklings and a twisted ankle in just under an hour. The secret of this year’s efficiency? Mealworm.


Mealworm, it turns out is like crack to a duck and the nine surviving ducklings found a willing pusher in me. Each morning they’ve be thrown a handful of mealworm coming close to feed with gusto, largely oblivious to what’s happening around them while they get their fix. This made it easy to corral them between two wire mesh baffle boards between the shed (yes we have a shed) and the office.
Star of the show was my colleague Graham “and another” Couchman; those readers who have ever been out catching waders with SCAN will know Graham. And why was Graham star of the show? Check it:

Quacksquad 2012 was: Graham Couchman, Pikey Nick, Miss Smith, Sharpy, Carol Williams, and our chief releaser of ducklings, Lesley Stone. Oh and me!
Posted by Cardiff Bird Ringers at Wednesday, May 02, 2012 No comments:

How life is hard for the Blue tits of Bute Park?

To find out you'll have to take yourself along to this event:

Thursday 3rd May - How life is hard for the Blue tits of Bute Park .
6.00pm to 7.30pm
(Lecture by Dr Peter Ferns)
City Parks provide an ideal habitat for some birds, especially those that like a mixture of short grass and trees. For those that feed on canopy insects though, things are more difficult. In this presentation, Dr Ferns compares the diet, breeding effort and success of the tits in Bute park with that of other habitats.
To book a place please call 02920 788 403 or email butepark@cardiff.gov.uk
Charge £3 per person

Peter is an excellent lecturer and if you can make this talk we highly recommend you go!

Posted by Cardiff Bird Ringers at Wednesday, May 02, 2012 No comments:

Of course they couldn't resist adding in a ringing demo to the day's proceedings. While Vaf and Facey demonstrated the fine art of ringing and ageing blue tits, Twinkle Toes Hallam buzzed between the nets occasionally extracting something more than a blue tit, like a great tit... OK there was also great spotted woodpecker, nuthatch, house sparrows, a few chaffies and this lovely pair:

Posted by Cardiff Bird Ringers at Tuesday, May 01, 2012 No comments: